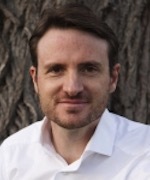 Marius is currently working as a post-doctoral researcher at BIGR and at the department of Epidemiology of the Erasmus MC. In this project, he is enabling further analysis of white matter microstructure in the Rotterdam Study.

Additionally, Marius is involved in the design of a novel infrastructure platform for population imaging, both to support more efficient data analysis in the Rotterdam Scan Study, but also as a more generic solution for large scale imaging studies.