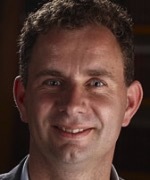 From 1997-2004 he was Postdoctoral Researcher, Assistant Professor and Associate Professor at the Image Science Institute of the University Medical Center Utrecht. In this period he was leading research theme groups in the fields of cardiovascular image analysis and image guided interventions, and supervised eleven PhD theses in these fields.

In 2005, he was appointed as a Full Professor of Biomedical Image Processing in the Departments of Radiology and Medical Informatics at the Erasmus MC. His research interests include many aspects of computer vision, biomedical image analysis, and computer assisted interventions. In 2005 he was also appointed Professor at Delft University of Technology, at the faculty of Applied Sciences.

Wiro Niessen was elected to the Dutch Young Academy (DJA) in 2005, and is Board Member of the Dutch Young Academy since 2009. He is Associate Editor of the IEEE Transactions on Medical Imaging and Elsevier’s Medical Image Analysis. He served as a Guest Editor on two Special Issues on Model-Based Image Analysis, and Growth and Motion Analysis of the IEEE Transactions on Medical Imaging, on a Special Issue on Medical Image Computing and Computer Assisted Intervention of Medical Image Analysis, and on a special issue on mathematical methods in biomedical image analysis in the International Journal of Computer Vision. He has (co)-authored over 230 publications, abstracts excluded, in the fields of computer vision, medical image analysis and image guided surgery, of which over 90 are in peer-reviewed international journals, and of which 5 received best paper awards.