MR brain imaging is widely used in basic scientific research and in clinical practice, as it is a technique that non-invasively provides both anatomical and functional information. In order to study brain morphometry and function, and its relation to e.g. disease processes or patient characteristics, often large imaging databases are collected. Neuro imaging research in the Biomedical Imaging Group Rotterdam (BIGR) aims at developing and evaluating state-of-the-art classification tools for accurate and reproducible quantification of brain changes in healthy elderly subjects. Research is carried out within the scope of the Rotterdam Scan Study. In 2010 BIGR extended its neuro research by applying its processing tools to clinical (patient) data. With this step, using the imaging biomarkers computed from the healthy population, BIGR is developing tools for the early and differential diagnosis of neuro degenerative disease.

The Rotterdam Study is a prospective cohort study ongoing since 1990 in the city of Rotterdam in the Netherlands. The study was initiated by the department of Epidemiology & Biostatistics and targets cardiovascular, neurological, ophthalmological and endocrine diseases. As of 2008 about 15,000 subjects aged 45 years or over comprise the Rotterdam Study cohort. In 1991, a random sample of 111 participants underwent axial T2-weighted magnetic resonance (MR) imaging to assess presence and severity of white matter lesions. In 1995, a random sample of 563 non-demented participants underwent brain MR imaging in the context of the Rotterdam Scan Study. The scanning protocol included series of axial proton-density, T2-weighted and T1-weighted images, as well as a high-resolution 3D-HASTE sequence. From August 2005 onwards, a dedicated 1.5 Tesla scanner is operational in the research centre of the Rotterdam Study, and brain imaging is performed in all study participants without contra-indications every three to four years. The scanning protocol includes 4 high-resolution axial sequences (3D T1-weighted; 2D PD weighted; 2D FLAIR; and 3D T2* GRE), 2D phase-contrast imaging, and diffusion tensor imaging (DTI).

Important research topics are fully automated segmentation of brain areas and brain structures, quantitative analysis of DTI-data, shape modelling and quantification, and detection of pathology by pattern recognition and machine learning. Recently more attention is being paid to the modelling of the brain, the processing of longitudinal data and to the application of developed techniques to clinical data from hospital patients. 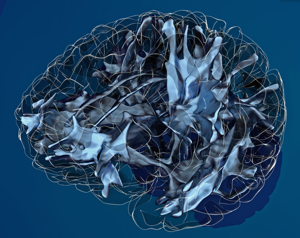 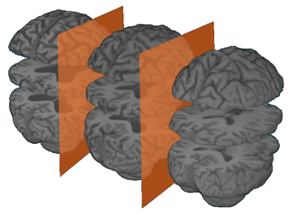 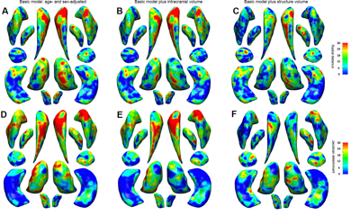